Brunswick has been part of a fantastic blog tour these past weeks. It has received reviews, had character interviews and shared excerpts. I have also had the pleasure of posting a Guest Post and took part in interviews myself. The blog tour was hosted by Rachel Marks of YA Novel Reader; you should really follow this blog if you love everything reading and books.

It was a great experience to have with the brilliant bloggers that took part and I have to say a massive THANKS to you all. I’ve put the links to these blogs below, you really need to give them a look. They love what they do, they love to read and chat about books and they have made a great platform for them. If you love books then these guys are well worth the follow!!

I have recently taken part in some guest posts on other blogs and I have to say I really enjoyed it. I would love to take part in more, so if you are interested in having me as a guest on your page please let me know. Here is a link to my blog so that you can see a little more about me www.annhaines.blogspot.co.uk
You can also read the policies that are in place for posts and reviews.

I would also be open to interviews, giveaways and blog tours.

I am now opening my blog to Guest Posts as well. If you would like to be involved then please email annsreviews@hotmail.co.uk and submit your request. Please visit my blog first to read the policies that are in place for Guest Posts.

I particularly liked doing the character interview, which was so much fun. Having to really act like I was Jonathan and answer the questions was very surreal!!

I loved writing the guest post too, it was nice to give the world of Brunswick a little more depth and beginning. I enjoyed sharing the start with everyone, so I hope that you check it out and enjoy it too.

I can’t thank the bloggers enough for taking part in this tour, they have been great. A big thanks to Rachel, for organising it all. Their blog tours are always fantastic so keep your eyes open for them, or if you follow the blog they will keep you posted themselves!!

I hope that you take a look at these blogs, whether for my blog tour or in general, they are all worth the follow. For those of you that will check out my tour, I hope you enjoy it. I certainly enjoyed being part of it!!

Mary is out now and available for purchase. Please find the links below.

A huge thankyou to the bloggers and readers that took part in the ARC reviews for 'Mary', I was very lucky to have such great readers join in. Here are the links to their blogs, have a look at their sites for some great reads and reviews.

Only one day to go and Mary will be released on Amazon and Smashwords. Check out the book page on Goodreads to hear what the ARC reviewers thoughts were.
﻿ ﻿
﻿
Thanks so much to those who took part in the ARC reviews. Their Blog links will be posted on here soon so please look out for them.

Diary of a Freak!!

I love writing! Always have and, I hope, always will. I was writing all sorts of things from a young age and, during my early teens, started to read as much as I could too. All Kinds of genres filled my shelves and all with different, and yet somehow similar, protagonists. There are many books that have troubled, bullied, grieving or outsider main characters. There are few with seemingly normal characters that just happen to be a little special or simply have something special happen to them. That isn’t a criticism, as I enjoy all of those types of characters, it’s merely an observation.
When I started writing my first novel ‘Brunswick’ I wanted to make my main character a “normal” kid, no extra troubles than usual. Of course he was based on my son so that was easy enough!! I wanted to do this because I thought it was important to point out that you don’t have to be troubled to have it tough. Not all teenagers are bullied, grieving or outsiders, but that doesn’t mean that growing up for them isn’t hard. There are many things that happen as we grow up that are tough to deal with, growing up is, after all, change and change is hard. When someone says “boy you think you have it tough, you should be in my shoes”, I always wonder why? Why do they have to be in your shoes to know how it feels to have a hard time or to face a challenge? Surely it isn’t a competition to see who has the toughest life, and we should all have the power and reasoning to know that everyone has the right to a good moan.
Then there's my second novel ‘Mary’ and the protagonist is totally different. She has a troubled past and all sorts of grey clouds hanging over her. Again though, I wanted to take that in to a different direction. Most of the characters that I have read that sit anywhere close to Mary Pendleton become hard and unyielding to others. They become standoffish and just generally tough nuts to crack. It doesn’t always happen that way though, sometimes people that have been through a tragedy and left with, what seems like nothing, become more vulnerable and almost desperate for as much as they can get. That is what I wanted Mary to be, yes she is a troubled teen who'd do anything to block her past out, but it’s how she does this that's different and interesting. She welcomes friends willingly because she's desperate for them, love from a boy is grabbed at through loneliness. The thing is, sometimes things happen and they don’t always make us harder and stronger. Sometimes they actually make us weaker but more determined, and that’s ok. Or at least I think it is anyway. After all a lot of strength comes from determination in the end!!
I have to admit that going in the opposite direction all the time is a bit of a thing with me, I worry that it may make me seem a little pretentious and that I’m being different for the sake of it. Really though it’s just that I like to see things from the other less looked at perspective, maybe it’s because I’m a little stubborn too!!

So what’s normal anyway? I think I’m quite freaky at times and probably stick out like a sore thumb, whereas in reality I am probably just a boring, slightly frumpy mummy type. The thing to remember is that we are looked upon by so many perspectives in the world we have all, at some point, been normal and sometimes even freaks and everything in between. So I just do what I do and try to do it well, I embrace my normality as much as I embrace my inner freak!! Maybe we all should?
Posted by Ann Haines at 21:33 No comments:

I love books like this so I never really worried that I wouldn’t enjoy Angel Evolution. And I was right, I really liked it.  David Estes has done a great job at creating a world behind the scenes of the Human one.
We follow Taylor, a girl who has just started University and is happy marching to the beat of her own drum. Upon meeting Gabriel, however, everything changes. She is introduced to a world of Angels and Demons and finds out more about herself than even she knew. I enjoyed the characters and the conflict they all faced once they were deeper in to one another’s lives. Especially Taylor’s, she fights so hard not to have feelings for Gabriel and stray from her independent path, something I think that a lot of people could relate to.
I also liked how the story unfolded. The reasons behind the Angels and Demons and where they started. It was nothing too complicated and over thought so it came across as more believable. I would highly recommend this book; I thought it was a great read. I am very much looking forward to reading the next instalment of the trilogy Demon Evolution.
Amazon UK Amazon US Goodreads Smashwords﻿
Posted by Ann Haines at 19:54 5 comments: 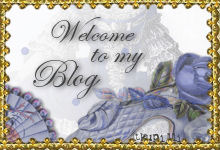 Ann Haines
A head full of supernatural fantasy. My debut novel Brunswick is now available on Amazon Kindle store!! Im finding the prospect of finaly being a writer very exciting and a lot of hard work. Luckily I'm no stranger to that though, although given the choice I guess I would rather hole up on the sofa with tea and chocolate watching trashy horror films!!! I am a 32 year old, mother of 2, wife of 1 and ruler of all that she surveys!!! Ahem well kind of, 3 out of 4 isnt bad though is it? When I'm not with family I'm writing. When I'm not writing I'm reading. When I'm not reading I'm watching horror movies. When I'm not watching horror movies I'm eating (although I tend to eat a lot through most of the above activities). Finaly if I'm not eating I am asleep (dreaming of eating)!!! I hope you enjoy my blog!!